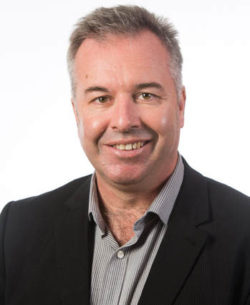 Intuitive Business Intelligence today announced that Roger Stocker has taken on the role of CEO of the organisation.

Industry veteran Roger was one of the founding directors of Intuitive Business Intelligence, back in 2011.  Roger takes over from Tony Bray who has been Managing Director since the company was formed and is now retiring.    Tony will continue to be a shareholder and director in the business.

Neil Ewin, Chairman commented “Roger Stocker has been instrumental in growing our business to where it is now, and in building a fantastic range of partners.  I am confident in his ability to continue to accelerate the success of the business”

As Roger Stocker, CEO explained “I am delighted to be taking on the role of CEO at Intuitive.  Tony has achieved some fantastic results in establishing our channel and we now have some exciting global partnerships in the Print Management and HR markets. These provide a real foundation for growth for the company going forward.  I am delighted that Tony will be having a continued role in the business as a non-executive director and valued advisor”